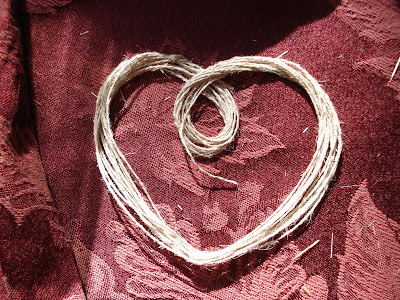 Here it is.  Finally.  A 5m mini-skein of linen from my very own flax field. This is not what the whole field will produce!  There's much more to come, but I was anxious to see what it was like, so I finished up a couple of stricks and spun the fibre.  In so doing I learned a few things.

1.  Flax needs to ret until you can see the linen being released from the straw.  In the murky retting water it looks like angel hair.  Keep moving the water around to help with the release of the linen. 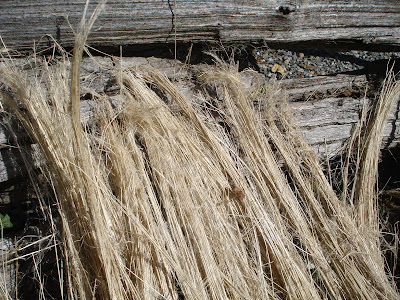 2.  Flax has to be very dry for the next stages.  So full-on sunshine for several days and a cover at night to protect from the dew is essential.  The sunshine also helps to bleach the linen a bit. 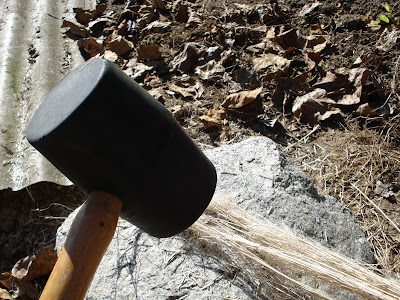 3.  Pounding the flax with a rubber mallet against a flat rock further helps to release the linen from the straw. It's a good workout for your upper arms. This stage is called Breaking. 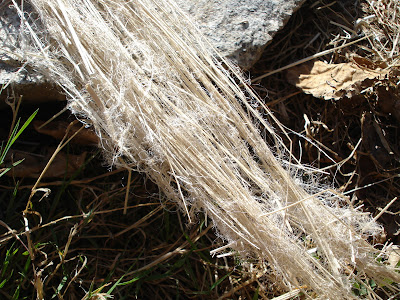 4. The more you bash it against the rock, the more you will see the linen.  When most of the straw is flat, that's when you can start the next stage:  Scutching.  That's where you break the straw into smallish bits so it will fall away from the linen.  There are tools that help to do this, but I just broke it with my hands. 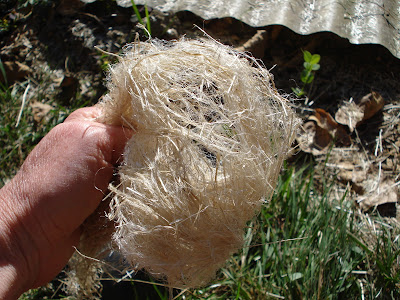 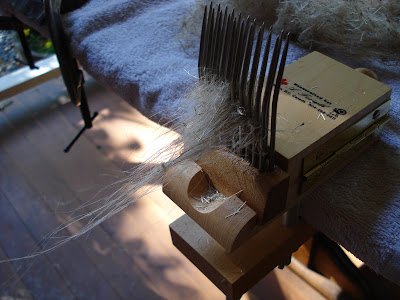 5.  Wool combs are not the best tools to help remove the straw from the linen which is the next stage:  Hackling.  I got the best result from my cotton hand cards -- not used in a hand-carding technique.  I laid the carder flat and ran the straw-laced linen strick through it a few times, hanging on good and tight.  Here's what I got from bashing and combing a couple of stricks of flax. 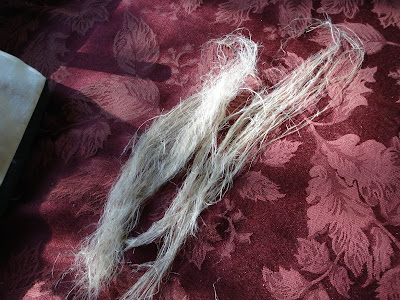 6. The most important thing I learned is that despite my new found skills at growing, harvesting and producing linen for spinning, I DON'T REALLY KNOW HOW TO SPIN THE DARNED STUFF. 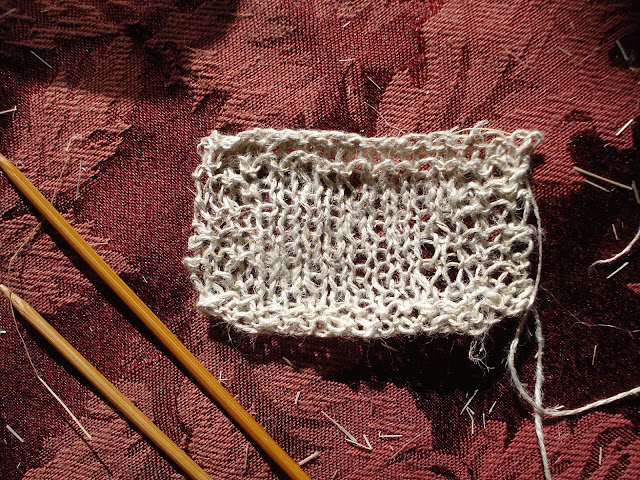 It never occurred to me to research how to spin linen.  I had a vague recollection from past reading that linen is wet-spun to keep the fibres aligned -- I did that.  It was only after I made a mini-skein from an over-twisted double-ply spinning technique and produced the most uninspiring hard yarn I have ever worked with did I think to check some expert sources (the internet) to see what I had done wrong.

Thank heavens the disaster was in my spinning technique because I was ready to put the rest of the unprocessed flax onto the compost heap!

All is not lost, I just have a whole new skill to master.  Spinning flax.  And you thought this adventure was nearly over.  It's only just begun.