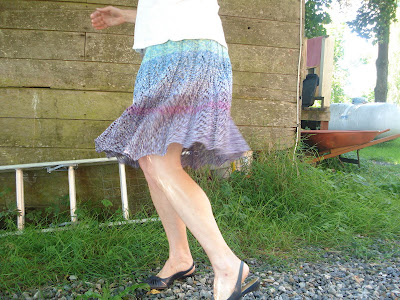 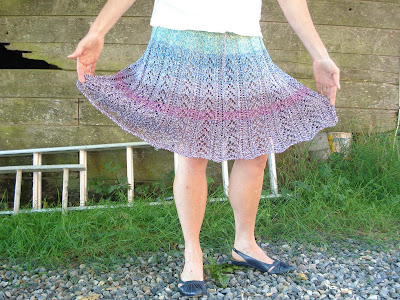 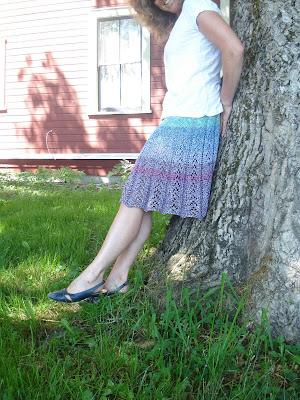 I've been on holidays for the last 4 weeks.  And before you start to feel jealous about that amount of time and mental space I had-- it was delicious -- let me assure you, it was a different holiday than the one I had planned for the weather did not comply.

While the rest of Canada and parts of the US were burning up with record breaking heat waves and oppressive humidity -- we out here in the Pacific Northwest, were dealing with rain, clouds, drizzle, and more rain.  Living on the flood plain did not help matters either.  Due to a late spring and non existent summer, the Fraser River has been high as the snow pack melted and found its way to the ocean.  The fields surrounding us slowly filled with water and stayed that way for weeks.  Thus creating the perfect breeding ground for mosquitoes!

I grew up in Northern Ontario, so I know bugs.  But it is amazing how after a couple of dozen years away, the memories of swarms of blackflies and mosquitoes fade.  So imagine my surprise when, upon our return from Montreal and Maine, despite the rain, I headed out the garden to start making sense of the weeds and such. I couldn't stay outside for more than five minutes because of the bugs -- I had zero tolerance for dealing with them.

So I spent time indoors. Nearly three full weeks of dismal weather and rain.  In the last week of my holidays, the sun finally came out.

It was a productive time.  I was tempted to start a bunch of projects, but decided instead to reclaim knitting needles from the unfinished objects box.  Four big projects have been completed so far.  Here's what I have managed to get done. 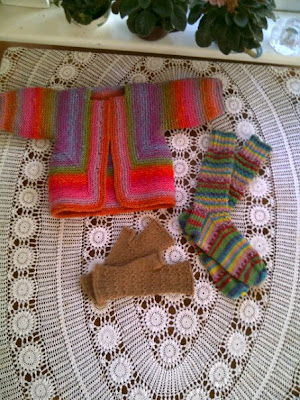 The sweater is an Elizabeth Zimmerman "Baby Surprise Jacket".  The yarn is two skeins of softly spun singles by Kaffe Fassett.  Lovely yarn.  The only thing this sweater needs is buttons.  The socks are a pair that I started in the airport on one of my many trips to Winnipeg this year.  Nothing inspriring about the yarn.  Just glad they are done and could remember how to make the second sock.  The half mitts are from a nightmare knitting marathaon.  I ended up knitting five mitts in an attempt to get a pair that matched!  At least I have two pairs to show for it.  The fifth mitt ended up getting ripped all the way back. 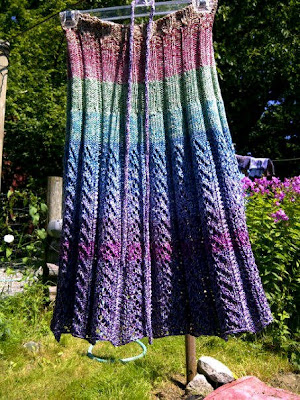 I will definitely make this skirt again.  It was fun to knit, and now that I understand the construction of this skirt, I will make even more changes.  Next time, I'll do it in my handspun, locally sourced yarn.

Back to work tomorrow. . . . so off to the garden for some bubbly.
Posted by Diana Twiss at 1:55 PM No comments: